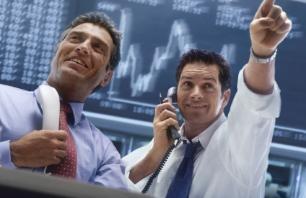 There are trillions of dollars invested in nearly 10,000 hedge funds worldwide, yet these investments remain a mystery to many consumers. Possibly because minimum investment requirements keep hedge funds off limits to the average investor. Read on to learn more about these investment vehicles typically used by the wealthy to generate more wealth.

What Are Hedge Funds?

While hedge funds have a reputation for being risky, they’re a less restrictive investment vehicle than a mutual fund because they can invest in more than just stocks and bonds. Hedge funds can invest in just about anything that can be bought or sold. The investment also isn’t as transparent as a mutual fund – investors aren’t necessarily privy to where the money’s being invested or the strategies that are used.

It’s common for a hedge fund to earn upwards of 10% every year. In fact, hedge fund managers promise a certain return each year. With hedge fund investing, there’s also the potential for devastating losses. Some people have lost millions of dollars from hedge fund busts.

Hedge funds are limited to accredited investors and are commonly offered via private placement. That is, investors who have a large amount of money to invest, have a high net worth, and are very knowledgeable about various investment strategies. Generally, you can invest in a hedge fund if you have a $1 million net worth and $200,000 annual income for the past two years ($300,000 joint income). Hedge fund managers are allowed to let in a few investors who don’t have the income qualifications, but these people are typically close friends or family. Hedge fund managers choose who they want to let in and they can reject you even if you meet the qualifications.

Like other investments, hedge funds come with fees – fees that make hedge fund managers very rich if the fund is profitable. Hedge fund managers are some of the wealthiest people in the world earning billions of dollars each year. There’s no limit on the fees hedge funds can charge. You can expect to pay an annual management fee of about 1% to 2% and a performance fee, 10% to 30% of your earnings, in addition to upfront charges to join the hedge fund. Hedge funds may also have a minimum investment period which makes them an illiquid investment. You can’t withdraw your money from a hedge fund at any time.

Because hedge funds aren’t regulated, they’re often a risky investment. It’s up to investors to make sure they’re choosing a good fund from a fund manager who won’t take their funds. One of the ways to confirm you have a good fund is to choose one that’s audited by a reputable auditor like Ernst & Young, Deloitte & Touche, or PricewaterhouseCoopers and that’s represented by a recognized law firm.

Hedge fund managers aren’t allowed to advertise their funds, not even on the internet. So, odds are that you won’t even hear about a hedge fund or be invited to invest unless you have a lot of money or you know the funds management.

If you’re interested in a hedge fund but don’t have as much money as the fund requires and want to hedge against some of the risk, you can invest in a fund of hedge funds, an investment vehicle that’s essentially made up of several hedge funds. Always seek guidance from a trusted source when it comes to high risk investing, such as hedge funds.

Living and Bypass Trust: Having Faith in your Legacy