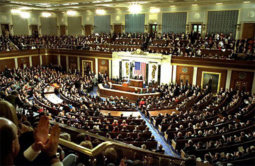 The Pension Protection Act, signed into law in August 2006, contains more than 900 pages of changes and refinements to regulations regarding defined benefit plans, defined contribution plans, individual retirement accounts and other issues related to retirement planning. The act is expected to generate thousands of pages of tax code as the IRS begins implementation.

Parts of the act will probably apply directly to you and your financial and tax situation. Other parts – especially the trade provisions and miscellany that Congress tacked on the end – probably won’t. Where to begin?

EGTRRA Made Permanent
Since the passage of the Economic Growth and Tax Relief Reconciliation Act of 2001 (EGTRRA), American taxpayers have wondered if the 40-odd provisions set to sunset in 2010 would indeed cease and revert contribution, deferral and catch-up limits to pre-2001 levels. Thankfully, the Pension Protect Act made most of those previsions permanent. These include contribution, deferral and catch-up limits for IRA, 401(k), 403(b), SIMPLE IRA, SEP IRA and SIMPLE 401(k), defined contribution plans and defined benefit plans.

Traditional to Roth IRA Rollovers
A glitch in the Tax Act of 2001 required that funds from an employer retirement plan had to be rolled to a Traditional IRA before being converted to a Roth IRA. The Pension Protection Act eliminated a step. Starting in 2008, funds from your employer retirement plan can be rolled directly to a Roth IRA – with, however, federal income tax due on pre-tax contributions and earnings. Once money has been moved to a Roth IRA, additional earnings accumulate tax-free.

The new legislation also eliminates the Roth rollover ceiling starting in 2010, which prevented a person earning over $100,000 in modified adjusted gross income from converting to a Roth. Starting in 2010, anyone – regardless of income – can convert funds from a 401(k) plan to a Traditional or Roth IRA.

401(k) Nonspouse Beneficiaries
Beneficiaries other than a spouse named on 401(k) plan documents can roll the plan funds they inherit directly to their own IRA. Prior to the change, nonspouse beneficiaries had to receive the 401(k) funds in whatever manner the plan documents prescribed, usually a lump sum 401k distribution, creating an immediate state and federal tax burden and potentially pushing the beneficiary into a higher income tax bracket. Nonspouse beneficiaries also can be included in those for whom hardship withdrawals qualify, giving families more resources in the event of a medical or other emergency.

Automatic Enrollment
As part of the congressional effort to encourage more individual retirement savings and less reliance on government benefits like Social Security, companies may automatically enroll employees in the employer 401(k) plan, starting with a minimum default contribution of 3 percent of your gross income and increasing to a minimum of 6 percent after three years, but not to exceed 10 percent. Employers must make a matching contribution.

Employees get a 90-day window to opt out by withdrawing contributions and earnings. They will owe income tax on the contributions and any earnings but will not be subject to the premature distribution penalty of 10%.

Employer Stock in Defined Contribution Plans
If your employer is a publicly-traded company, you now have the freedom to sell off any of your employers stock that you purchased with your deferrals or after-tax contributions. You have the right to sell any stock contributed by your employer, or purchased with employer contributions, after three years of service. If you hold company stock in your 401(k) plan, now may be a good time to visit with a financial professional to determine if you should reallocate to avoid over-exposure.

Investment Advice
In the past, pension managers often navigated investment selection and allocation for employees. The trend toward defined-contribution plans like 401(k)s and individual retirement accounts (IRAs) as the primary vehicles for retirement saving leaves many employees responsible for guiding their own ships toward retirement. However, ERISA prohibited 401(k) plans from offering advice to participants, in effect leaving workers to fend for themselves.

Under the Pension Protection Act, ERISA-covered plans can offer participants advice services through a registered investment company, registered broker-dealer, bank or insurance company acting as a fiduciary. To protect participants, any charges you pay for those services must be must be based on an independent third-party certified computer model and cannot vary depending on the recommendations or the investment products
you choose.

Advisors must disclose compensation, potential conflicts, plan investment option past performance, available services, fiduciary relationship, how participant information will be used, and that participants can get advice from an advisor not affiliated with the plan. Armed with that advice, you still call the shots. Advisors cannot make decisions about how much you invest, when you invest it or in what you invest it.

529 Plan Withdrawals
A law set to sunset in 2010 that made withdrawals from 529 college savings plans tax exempt has been made permanent. Withdrawals must be used for education-related expenses, such as tuition, fees, room and board, books,supplies and equipment. Unlike Uniform Gift to Minors Accounts (UGMAs), the funds in a 529 plan stay with the account owner, i.e. parent or grandparent, and do not automatically transfer to the child or grandchild at18. So you can make sure your hard-earned dollars really do go toward
tuition, fees, room and board, books, supplies and equipment – and not pizza at the frat house.

Charitable Contributions
During 2006 and 2007, IRA holders over age 70½ can donate up to $100,000 directly from their IRA to a nonprofit without paying income tax on the distribution. The act cracks down on individuals who dump items at charity thrift stores and deduct the items’ worth by requiring that donated clothing or household goods be in good condition. Taxpayers who inflate appraisals of property donated to charity may not only see their deduction decrease or disappear but also will be subject to penalties.

Pension Provisions
If you participate in a pension plan, also known as a defined benefit plan, you may be concerned about its future funding in light of notable corporate failures like Enron and WorldCom. As its name implies, a large section of the Pension Protection Act focuses on bolstering existing defined benefit plans by establishing required funding levels and protecting employees from the abrupt abandonment of pension plans.

The termination of several large plans in the past year shook confidence in the Pension Benefit Guaranty Corporation (PBGC). Created in 1974 by the Employee Retirement Income Security Act (ERISA), PBGC acts as an insurer for private-sector defined benefit pension plans. Not funded by taxpayers, PBGC collects insurance premiums from participating employers, earns money from investments and receives funds from pension plans it takes over. PBGC pays monthly retirement benefits to about 683,000 retirees in 3,595 pension plans that have ended.

The act takes aim at employers who fail to set aside enough reserves to cover current and future pension obligations by defining plans less than 70% funded as “at risk”. To discourage employers from changing plans to meet their funding level, rather than changing funding to meet plan needs, the act prohibits plans less than 80% funded from increasing benefits, adding new benefits, changing the benefit accrual rate or changing the vesting rate. Plans that are underfunded must notify their participants.

Employers with fewer than 25 participants in a defined benefit plan received the dual incentive of simplified reporting and safe harbor provisions that grant the Treasury full authority to change IRS decisions regarding taxes, penalties or sanctions for plan mistakes, with special attention to the concerns and circumstances of small businesses.

The act creates a hybrid defined benefit and defined contribution plan for employers with fewer than 500 workers where the assets are held in a single trust.

Partial Retirement
Pension plans may now make distributions to employees over age 62 who have not yet ended their employment. This could allow older workers to phase-in their retirement by working part-time while receiving pension benefits to make up the difference in wages.

Military, Reserve and Public Safety Officers
The act provides special consideration for our active and reserve military as well as public safety officers, such as law enforcement, fire fighters and emergency medical professionals. Public safety officers over age 50 avoid the 10% premature-distribution penalty for distributions due to separation from service. They also may defer up to $3,000 a year of retirement income to use pretax dollars for health or long-term care benefits. Reservists called for duty for more than 179 days between Sept. 11, 2001, and Dec. 31, 2007, also avoid the 10% early withdrawal penalty.

Conclusion
These highlights represent just some of the many items included in this important piece of legislation. Your financial professional can help you determine how the changes contained in this act may impact your personal retirement strategy. For complete information on these provisions and their tax implications, please consult your tax professional.

Hope for Homeowners Program – Save Your Home From Foreclosure