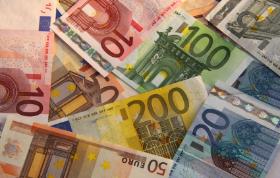 The media would have us believe that only dishonest and unscrupulous businessmen who want to hide their money from the government use offshore banking. But there’s nothing illegal about putting money in offshore accounts. In fact, there are many legitimate reasons to put money in an account that’s offshore. On the other hand though, there are some drawbacks. Consider each before proceeding.

Indeed when businesses and individuals first started putting money in offshore accounts, it was driven by a desire to reduce taxes. Smaller countries without many resources may have liberal corporate tax laws that make it easier and cheaper to set up a corporation in that country. If the business isn’t engaged in activity on that country’s soil, there’s even less reason to impose a tax.

That doesn’t stop the United States from assessing a tax. In recent years, the IRS has passed laws to close loopholes that allow businesses to avoid paying taxes on offshore accounts. The law requires citizens to pay taxes on income earned worldwide instead of income earned in the U.S. Failing to pay taxes could result in prosecution for tax evasion.

If assets are at risk of being seized or lost in foreclosure, they can be transferred to a legal entity in another country. The asset cannot be held within U.S. borders to be protected.

Some profile-investors prefer the anonymity associated with offshore banking. They can purchase stocks without having the general public knowing which stocks they’re investing in. Investors who plan to buy large quantities of stock in the future prefer to keep their purchases low-key. Otherwise, if lots of people start buying the stock, prices go up and the investment is no longer as attractive.

Businesses that don’t want to disclose their shareholders, might incorporate in an offshore location that makes it illegal to divulge such information.

Potential to Be Expensive

Offshore banking could be expensive. The companies that allow offshore banking realize that wealthy people take advantage of these international accounts and so they charge accordingly. Not only that, there may be steep minimum investment amounts starting at
$100,000. It might even cost more than $1 million to start up an offshore account.

If you want to start an offshore corporation, that country may have steep legal fees and could even require you to own property in that country before you can start a company.

Once your money is in an offshore account, you may not be able to access it as quickly as you’d like. While some offshore accounts offer debit cards that let you make purchases and withdraw from your account, other types of accounts only allow transfers. Some transfers could take days to complete and aren’t helpful if you need to access your money in a hurry. Visiting your bank in person could be difficult and even expensive. Of course, with phone, fax, and internet, you probably would never have to visit the bank’s location.

Not that you should try to get out of paying taxes, but it could be come more difficult to avoid taxes on offshore accounts if more countries adopt laws like the Europe’s Saving Tax Directive where residents choose to either pay tax on the deposits upfront or to have the offshore account report income to tax authorities.

In the U.S., your money in many types of accounts is protected up to $250,000 if the bank fails. You may not get that same level of FDIC protection if your offshore bank fails. There’s a chance you may never recover money lost in a failed offshore bank.

If you decide to put your money in an offshore account, make sure you consult with a professional for help choosing a reputable location. Popular locations include Bermuda, the Bahamas, Cayman Islands, and the Isle of Man.