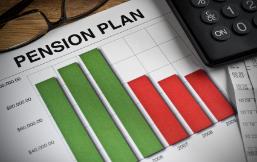 The Keogh plan, named after New York Ex-Congressman Eugene Keogh, is a retirement plan created for self-employed workers and unincorporated small businesses (limited liability companies are eligible to establish a Keogh plan). Even employed workers with self-employment income are allowed to create and contribute to a Keogh plan.

The Keogh must be established via a written plan by the end of the tax year for which it is effective. Financial institutions, insurance companies, and some professional organizations have prototype plans that have already been approved by the IRS. A business can create their own plan and have it approved by the IRS, though IRS approval isn’t necessary. Having a prototype plan from a company may be more beneficial because banks and insurance companies typically update their plans as necessary when tax laws change.

It’s important that a Keogh plan continues to abide by tax law. If the IRS audits the plan and finds that it’s not compliant with the law, previous contributions may be declared non-tax deductible. That could result in a tax bill for previous years.

Keogh plan rules must specify which type of plan will be created. There are two basic types of Keogh plans: defined-benefit plans and defined-contribution plans.

Contributions are capped at 25% of earned income up to $49,000. These plan contribution limits can change each year, based on IRS guidelines. Earned income is income after business deductions and self-employment tax and is often lower than gross income which is what’s used with many other types of retirement plans.

Though employees do not make their own contributions, they must be allowed to participate in the plan. The employer makes entire contributions on the employee’s behalf.

Penalty-free withdrawals from a Keogh plan can’t be made until the employee reaches age 59 ½. Any withdrawals made before that age are subject to a 10% penalty unless there’s an exception:

The IRS requires any employee that owns more than 5% of the company to begin taking required minimum distributions (RMD) starting at age 70 ½. Failure to take withdraw the minimum amount will result in a 50% excess accumulation penalty.