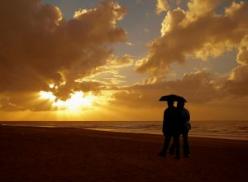 Here’s why. Unlike some quaint adages, the saying “Shirtsleeves to shirtsleeves in three generations” seems to have a basis in fact. In the book Beating the Midas Curse, authors Rodney Zeeb and Perry L Cochell report that 60% of affluent families lose their wealth in the second generation, and 90% will have lost it by the third.

That doesn’t mean your children and grandchildren will be spoiled and irresponsible just because they have wealth. But they will have a different frame of reference than you had in building that wealth. Whether you practiced a profession, built a business or parlayed your paycheck into a sizable estate, you worked hard to earn, save and grow your money. You probably did so to raise not only your personal standard of living but that of your family. Growing up, your children enjoyed experiences and advantages you may not have – a private college education, perhaps, or the opportunity to travel and experience other cultures.

Your best intentions as a parent probably included instilling respect for hard work, financial responsibility and philanthropy. And you most likely passed on that desire to raise the standard of living for your family. Therefore, your child, who enjoyed a private college education and a month traveling Europe before taking the entry level job in the family business, now feels the same duty to his or her children. The private college education now becomes private elementary and high school education. The month in Europe becomes a year. The entry level job becomes a lower-level management job.

Setting aside any instances of over-indulging, that escalating standard of living can begin to erode the wealth you created and passed on to your heirs. Consider also the growing number of family members that wealth is supporting. For example, as you grew your wealth, you may have supported you, your spouse and two children. In the second generation, that wealth may support you, your spouse, your children, their spouses and their children (your grandchildren). If your two children each have two children, that second generation brood now encompasses 10 people. Take that same rate of family growth to the third generation, and you add four spouses (one for each grandchild) and eight children (two per grandchild). The family fortune now supports 22 people.

Keeping an optimistic view, let’s assume everyone’s private education paid off and all adults in the family are gainfully employed. The level of compensation among those adults can vary dramatically. For example, if one child becomes a doctor and one becomes a social worker, how much support does the family fortune give each child? Does the social worker get more to bring her even with the doctor, or do they each get the same amount, putting the doctor at a considerably higher standard of living than her sister?

Supporting our hypothetical 22 people won’t be neat and tidy. Odds are that half the couples in the family will get divorced, creating issues for dividing wealth among an assortment of siblings, step-siblings and half-siblings. Talents, abilities and even health will vary. Family members will disagree on priorities for spending, investing and contributing to charity.

How can you end up among that 10% of affluent families who retain their wealth into a fourth generation, keeping in mind that you have a good chance of being alive that long? First, a detailed, well thought out and perpetually updated financial plan will provide a starting point. Other important documents include your will, a living will and an ethical will. Document your life story so the full details of your loves, losses and life’s lessons will survive.

Next, do your best to educate and involve your children in your decisions as appropriate. They need to see more than the end result of your life choices, your business choices and your philanthropic choices. Explain the rationale behind a career change, severing a partnership or making a donation. Provide basic education and guidance on earning, saving and spending money and the responsibilities those actions entail. Encourage those same lessons for your grandchildren.

Introduce your children, and future generations, to your key advisors. Ongoing relationships can be critical to future wealth accumulation and preservation, particularly during times of transition such as a death, divorce or major business change. Family members need to know who to trust when it’s their turn to make decisions. 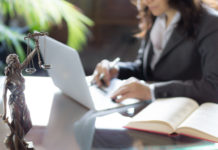 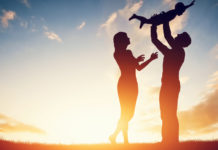 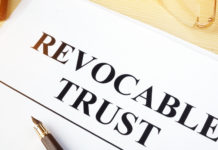 College Costs: The University of Ouch