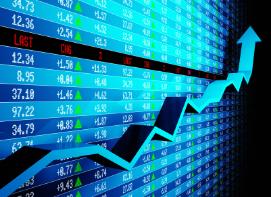 The Elliott Wave theory established trends in price movements of financial markets – particularly the movement of stock prices over a period of time. The theory essentially says that people, or rather investor psychology, influence the price movement more than any other factor. Using the theory, an investor could predict the probability that stock price would increase or decrease in the near future. It’s important to know that the Elliot Wave theory isn’t a guarantee that stock prices will move a certain way, but rather a way to estimate or guess the stock’s next movement based on its previous movements.

If you look at a stock chart over for a particular period of time, you’ll notice the price moves in waves. Based on the Elliott Wave theory, there’s a pattern to those waves that consists of impulsive wave and corrective waves.

What can be difficult about using the Elliott Wave theory is figuring out a stock price’s current position on the wave. You’d have to use estimates and deductions to start plotting the movements. A few rules can help.

The first rule is that Wave 2 (which will be a corrective wave) cannot retrace 100% of Wave 1. What that really means is that the lowest point of Wave #2 will not be lower than the starting point of Wave 1. If you find a wave that dips lower than its predecessor, then it’s not Wave 2.

The next rule is that Wave 3 (an impulsive wave) can’t be the shortest wave. Sometimes, Wave 3 is the longest, but not always.

If you’re counting waves and any wave breaks these rules, you should start over and do a re-count.

There are some key guidelines that apply to the Elliott Wave method. These guidelines are flexible and breakable. First, if Wave 3 is the longest wave, then Wave 5 will be close to or equal to Wave 1. The angles of Wave 2 and 4 will alternative – if Wave 2 is flat, Wave 4 will be sharp and vise versa. After the impulse phase, the final corrective wave (8) will end around the same point as Wave 4.

The Elliott Wave is not time-sensitive. It could take minutes, days, weeks, or longer to complete a wave. The theorist who developed the wave, Ralph Nelson Elliott believed the wave could be applied to everything we do. It’s also worth mentioning that the Elliott Wave is more clearly seen in price movement when only investors’ fear and greed are moving the stock. When outsiders, e.g. government, corporations, play part in price movement, the Elliot wave pattern may not hold.

If you’re using the Elliot Wave theory to decide when to enter a stock position, it’s crucial that your wave counts are as accurate as possible. Entering at the wrong time could result in significant losses.

What is a Prepayment Penalty?

How to Write a Business Plan