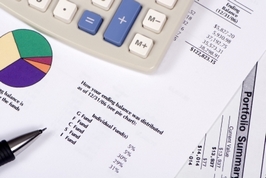 If you’re looking for a way to borrow money, your eyes may turn to your hefty 401k retirement savings. After your 401k has reached a certain amount, most 401k plans allow you to take out a loan of up to 50% of what you’ve contributed. A 401k loan seems attractive because there’s no credit check, you receive a low interest rate, and you can pay the loan back over a maximum of five years. Most banks won’t give you as good a deal. Then again, most banks aren’t loaning you money that’s yours anyway. Even though it seems like a good way to cover some expenses, there are several potentially expensive drawbacks to 401k borrowing.

You can’t contribute until you repay

Some 401k pans have a rule that you can’t contribute to your 401k until you’ve completely repaid the 401k loan. So, you’re missing out on the opportunity to increase your retirement savings. If your employer matches contributions, that’s even more money you won’t have when you retire.

Your take home pay gets reduced

401k loans are repaid through payroll deductions, so when you receive yourpayment at the end of the month, it may be less than you’re used to getting.mYou’ll need to adjust your budget accordingly. Otherwise, you could end up spending more money than you really able to. If you’re not careful, you may be forced to take out another 401k loan to reduce the financial impact of the first one.

There is a double taxation myth that has been widely accepted when it comes to 401k loans. This myth has been promoted by trusted sources and so called financial experts alike. The double taxation warning goes something like this: When you invest in a 401k plan, the money hasn’t been taxed yet. So, when you go to repay your 401k loan, you have to do it with income that’s already been taxed. Then, when you finally make a 401k withdraw in retirement; the money will be taxed again. Ultimately, that money is taxed twice. This is incorrect, as the only thing that is double taxed is the interest you are required to pay, which is minimal.

Though, on the surface the double taxation argument may seem logical, further evaluation proves otherwise. The truth of the matter is that any loan you go to repay will be repaid with after tax dollars. This is easy enough to understand, as the confusion lies with the initial pre-tax 401k contribution. Since the initial contribution is made with pre-tax dollars, when you go to pay it back you do so with taxed money. So, you are technically paying taxes for money that you already owe, but you are not paying twice. Essentially, by paying back your pre-tax dollars with those that were taxed, everything equals out, and then you’re taxed (once) as you normally would upon typical withdrawal. There are some legitimate reasons not to take 401k loans, but 401k double taxation is not one of them.

Though you may have good intentions about paying back the money, circumstances could prevent you from completely repaying your 401k loan. If you leave your job, whether it’s your fault or not, before the 401k loan is completely repaid, you only have 60 days to pay the money. Otherwise, the loan is considered an early 401k withdrawal.

Unfortunately, there’s a penalty for withdrawing money from your retirement savings before you’re actually allowed to. First, you’ll have to pay a 10% early withdrawal penalty on the amount of the loan. For example, that’s $2,500 on a $25,000 loan. Then, you have to report the amount of the withdrawal as taxable income on your next tax return. The loan could put you in a higher tax bracket table and leave you owing federal and state taxes on what you’ve withdrawn.

Should You Borrow From Your 401k?

Obviously, there are some strong disadvantages to 401k borrowing. The opportunity cost and early withdrawal penalties are arguably the worst. The missed savings are almost just as bad. Generally, it’s not a good idea to borrow from a 401k retirement plan. However, if you only have two choices, borrow from your 401k or withdraw the money prematurely, borrowing is the better option. Before you borrow from your 401k, make sure that you exhaust all your other options for funding before you spend your retirement money. 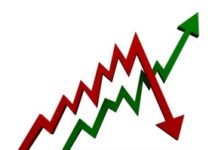 The First Step before Withdrawal