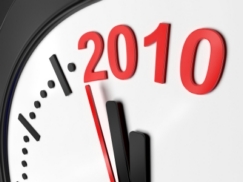 If you’re a high-income investor saving for retirement there is an attractive opportunity available to you in 2010. Millions of taxpayers will be able to take advantage of the Tax Increase Prevention and Reconciliation Act of 2005 (“TIPRA”), which has a provision that allows for the conversion of their existing traditional IRA accounts to Roth IRA accounts.

Why is this such as big deal? Well, high-income earners with an adjusted gross income over $100,000, or married individuals filing a separate tax return, have not been able to convert traditional IRAs to Roth IRAs previously. TIPRA provides a window of opportunity that will allow these taxpayers who fall into the two above categories to convert their IRAs and benefit from the long-term advantages that come with the Roth IRA. Most notably, the tax-free nature of the withdrawals.

There are some important points to note. Roth IRA conversions are considered a taxable event, but they are not subject to a 10% early withdrawal penalty. If you choose to make the Roth conversion in 2010 you can choose to recognize the conversion income in 2010 or average it over the next two years (2011 and 2012) for tax purposes.

Obviously, the primary advantage of the Roth IRA is its tax-free nature. Having investment earnings completely free from taxation is alluring, but the two following Roth IRA rules must be met in order to receive tax-free distributions:

1. The withdrawal takes place at least five years after the initial Roth contribution, and
2. One of the following applies:

An IRA conversion to Roth IRA during a market downturn could save you in taxes, now and going forward. By converting a traditional IRA that has been reduced due to market weakness you have the potential to lower income tax liability on that transferred value. When markets recover to former levels the growth within the Roth IRA can result in tax-free earnings.

You’ve had some thought about converting your traditional IRA valued at $100,000 to a Roth, but could not justify the tax consequences during market highs. Now that current market circumstances have reduced the hypothetical value to $75,000 your tax liability is based on that new lower level. And since you will pay no taxes on future growth it may be in your best interest to make the change.

Now, if the above scenario leads to further market losses within the converted Roth IRA you have the option to recharacterize (or reverse) the Roth conversion. By converting back to a traditional IRA at a lower balance you can reduce your tax bill. You have until October 15th the following tax year to complete the recharacterization via six-month extension.

If you make the 2010 Roth IRA conversion and your gains are subject to taxation you’ll want to use assets that are outside of your IRA to pay the conversion tax. Using the conversion proceeds to pay taxes will subject you to both income tax and the 10% early withdrawal penalty.

It’s important to note that while income restrictions are lifted for Roth IRA conversion in 2010 this is not the case with Roth IRA contributions. You will still be subject to the Roth IRA phase out and range limits.

For 2010 Roth IRA contribution eligibility begins phasing out with a Modified Adjusted Gross Income (MAGI) between $105,000 – $120,000 if you’re single filer. And if you are married filing jointly the MAGI phase out ranges from $167,000 – $177,000. MAGI below these numbers qualifies for full contribution, anything within the phase out range qualifies for partial contribution, while MAGI above these numbers does not allow for any Roth IRA contribution. The above does not mean that you could not contribute to a non-deductible traditional IRA in prior years and then make the conversion to Roth IRA in 2010, however.

401k retirement plans are not eligible for the Roth conversion. If you have a 401k, 403b, or 457 plan you cannot do a direct Roth IRA conversion, so rolling these into a traditional IRA prior will provide eligibility for the conversion in 2010.

Whether it’s worthwhile for you to convert your traditional IRA to a Roth comes with a number of variables. The traditional IRA Vs. Roth debate has been going on since the implication of the Roth IRA. Though tax rates are not likely to get much lower there are certain advantages to both the traditional and the Roth IRA. You’ll have to determine your individual needs. We all have different needs and goals, which makes financial decisions like the above subjective in nature. Carefully weigh the 2010 Roth IRA conversion rules and tax implications with a tax professional before proceeding.

5 Steps to Becoming a Dental Hygienist