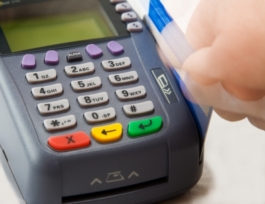 Stores generate sales in several ways including increased sales in existing stores and by adding new stores. When investors decide to invest in a store, one of the metrics they look at is whether the store’s sales are growing excluding the opening of new stores. This measure is known as same store sales, “comparable store sales” or “comps.”

Same store sales measures the sales in retails store that have been open for more than a year. The metric doesn’t include new stores that have been opened in the past 12 months. A newly opened store is included in the same store sales calculation 12 months after its first full month of being open. So, for example, a store that opened in April 2009 won’t be included in same store sales until May 2010. Comparing same stores sales lets investors and other analysts figure out which sales are due to true growth of the store and which are due to new store additions.

There are some things that could skew same store sales either positively or negatively.

A continuous drop in same store sales is generally a bad thing because it indicates the company is losing money. It could be that people are no longer interested in that store’s brand, perhaps because consumer buying habits have changed or because a competitor has a more attractive product or price. A failing economy could also be the blame for a decrease in retail same store sales. Perhaps the store’s discounts are too high.

Companies and investors have to figure out the underlying reasons that same store sales are dropping to decide the long-term fate of a particular company. Is this a temporary drop in sales that the company can recover from? Or is this a problem that will result in the company’s demise? One way to answer this question is to look at competitors’ same store sales. If competitors are also suffering, then things this could be a short-term blip. On the other hand, if competitor’s sales are doing well, it could mean something bad for your company.

How Much Personal Liability Insurance Do You Need?

What is a Stop Limit Order?