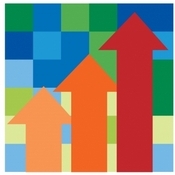 While Congress encourages Americans to save for retirement by investing in tax-deferred accounts in which the earnings, and certain contributions, can grow free from the dilution of taxes, but eventually, the IRS wants that money out of those accounts and a percentage of it into the tax coffers.

A Required Minimum Distribution (RMD) is the amount the IRS requires the owner of a tax-deferred IRA, including traditional, simplified employee pension and SIMPLE accounts, or employer-sponsored retirement plan like a 401k to take each year. The amount is based on the account value at year-end and the owner’s life expectancy, so it changes each year.

The requirement begins the year the account owner reaches age 70.5. The RMD can be taken any time during the year but no later than Dec. 31. For the year in which the owner turns 70.5, the deadline is extended until April 1 of the following year. The owner can take more than the RMD, but the extra can’t be applied to next year. In other words, if the RMD is $1,000 for this year and the owner takes $1,500, the extra $500 cannot be credited toward next year’s RMD. However, a large distribution in one year reduces the amount of assets growing in the account, so the calculated RMD the following year may be less because the account value is less.

If the account owner fails to take the RMD, the IRS will levy a 50 percent penalty. The dollar amount can wind up being higher than the tax the owner would have owed on the distribution if taken as required. In addition, the RMD for the year missed and the current year will be included in the owner’s income for tax purposes. RMDs cannot be rolled over into another tax-deferred account.

When during the year the owner takes the RMD will depend on other available retirement assets and income needs. One basic strategy taps assets in taxable accounts first to allow the assets in tax-deferred accounts to keep growing. The same line of thinking suggests postponing RMDs until the last possible date to allow those assets to continue growing tax-deferred as long as possible. Another strategy calls for taking the RMD in stock and holding the stock to defer taxes on the appreciation, instead paying capital gains tax when the
stock is sold.

If the owner has adequate retirement income from other sources, the RMD could push the owner into a higher tax bracket. One way to avoid the tax implications of an RMD is to donate the RMD amount to charity and claim the tax deduction, which will be limited by the owner’s adjusted gross income (AGI). A special provision of the Pension Protection Act allows IRA owners to transfer up to $100,000 from an IRA or 401k directly to a charity without paying income or capital gains taxes, however, this provision is scheduled to expire on Dec. 31, 2007.

Account owners can start taking voluntary income distributions without penalty after age 59.5. However, upon reaching age 70.5, the owner must calculate the RMD to ensure the amount they have been taking satisfies the requirement.

On the surface, RMDs seem to be a fairly simple event – divide the amount in the account at year end by  the number of years left in the owner’s life expectancy and take out that amount. With multiple types of retirement accounts, Social Security income benefits and income from other sources like a business or property, however, deciding how and when to take RMDs can be important to an overall retirement strategy. Account owners should consult with a financial and tax professional before age 70.5 to ensure their RMDs don’t result in any unwelcome surprises at tax time.