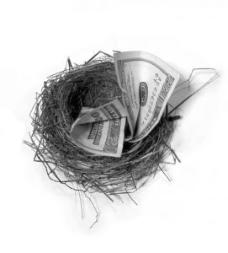 Spurred by more electronic record keeping, and a greater illegal demand for personal information, identity theft is a crime that is sweeping the nation, wreaking havoc in its wake. According to the Federal Trade Commission’s 2005 Identity Theft Report, in 2004 alone, there were over 635,000 reports of identity theft, resulting in losses and damage of over $547 million dollars.

While it may not seem like a plausible or even possible scenario, the fact is, it happens more often than most people would like to believe. According to the Wall Street Journal, incidences of retirement plan asset theft have increased dramatically. In 1995, only 34 cases of retirement plan theft were found in one year. That number grew to 1,269 cases of missing money in the fiscal year 2004.1

In Atlanta, a woman was indicted recently for allegedly stealing over $5.4 million in 401(k) contributions, which she used to purchase expensive wines, two homes, and a Porsche 911.

So why the increased thievery of late? The increase can be largely attributed to the growing number of workers who make contributions to 401(k) plans. Just like preventing identity theft, with more electronic records and increased technology use, the risk rises. The ever-growing number of accounts, combined with record contributions to them, means more chance for dishonesty and fraud.

The only way to combat 401(k) theft is to be prepared. You can do this by taking a few simple steps:

Work with a financial professional to keep a watchful eye on your 401(k) statements – It may not seem vital when you receive them, but careful observation can usually help you catch abnormalities right away. Make sure the right amount of money is making it into your account. You should also check your account online as much as possible, or request to receive account summaries more often to review with a financial professional.

Keep an eye on your employer and your plan administrator – most 401(k) theft takes place when companies are in poor financial shape. Watch for drops in your account total, especially ones not related to the stock market’s performance.

Consider rolling over your 401(k) into an IRA as soon as you retire – In several cases of 401(k) theft, employees of companies that had been stealing, had their accounts frozen even though their assets had been un-touched. Now the retirees are stuck without their hard earned savings until the legal system sorts everything out and the insurance company makes a decision on the effected accounts (which could take months or even years).

401(k) theft can reach the lives of even the most un-suspecting account holder, but there are certain steps you can take to shield yourself from financial disaster and in the process, attempt to lessen the loss, or catch it immediately. A watchful eye is by far the best defense to help you protect your nest egg.