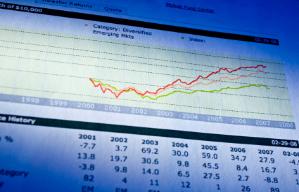 No load mutual funds are typically considered the best deals and many experts will tell you not to purchase a mutual fund unless it’s no load. Why? Because a no load mutual fund is one that doesn’t have any upfront (or backend) sales charge or commission. The load is essentially the fee that’s paid to the broker who sells you the fund.

Front-end loads are paid at the outset of the investment. There are also back-end loads where the money is paid when you cash out your investment. Some funds decrease the load amount for each year you’re money remains invested and after a certain amount of time, the load disappears completely. A no load fund won’t have any fees added on the front- or back-end of the investment.

When you invest in a no load mutual fund, 100% of your investment goes into the mutual fund. You’re able to avoid the sales charge because you’re buying shares from the investment company instead of going through a broker. Cutting out the middleman lets you avoid those load fees. So, for example, if you put $10,000 in a no-load mutual fund, all $10,000 goes into the fund. By comparison, if you invest in a fund with a 4% load, $400 of your investment is paid in commission and you end up investing only $9,600. It makes a difference on your interest earnings.

Performance of Funds With Loads

Paying an upfront load doesn’t guarantee that your mutual fund will perform better. In fact, it’s been shown that mutual funds with loads have a lower return on investment than those that do not have a load. If you’re planning to hold your money in the fund for several years, the earnings may even out. And it’s important to note that when you do a pay sales charge that you should be getting some financial guidance, which may provide benefit. However, for shorter-term mutual fund investments, no-load funds tend to do better.

Fees You Can’t Get Rid Of

No-load mutual funds still come with a 12b-1 fee that’s used to cover the fund’s expenses. These fees are indicated by the expense ratio and are paid annually out of the investment. FINRA rules state that no-load funds can only charge .25% of their average annual assets and still classify themselves as no-load funds. There’s another classification of no-load mutual funds that don’t have the 12b-1 fee, but still have expenses represented in the expense ratio.

Why Choose a Fund With a Load?

Even though it’s been shown that no load funds are the best option over time, some people still choose to invest in load mutual funds. Sometimes, it’s because they’d prefer to take the advice of a financial advisor rather than rely on their own limited knowledge of investment choices. Working with a broker or advisor saves investors the time of researching their own mutual funds – which can be time-consuming for someone who doesn’t understand investing.

Buying a no-load mutual fund means you have to research the fund on your own. That includes finding a list of no-load funds, deciding whether they’re worthwhile investments, and reading through the prospectus for each fund you’re considering.

Index funds are a good option for beginner investors because they’re designed to mimic the market’s movement and weather the ups and downs a little better. Expense rates are typically lower than other mutual funds. However, if you want to diversify your portfolio a little more, you’ll either have to do the research or pay a load to have someone else do it for you. At least when you pay a broker or advisor, you have someone who can tell you when it’s time to ditch your investment or to talk you out of selling shares too soon.

How to Freeze Your Credit Report