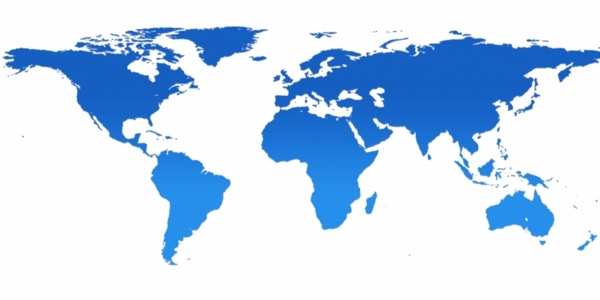 China has been in the news quite frequently the last few months. Whether it’s been the stories of large offers to purchase American-owned companies, or their gradual rise in status to economic super-power, the Communist nation is clearly making waves in the world markets.

China is making aggressive moves to one day rival the U.S. in economic dominance on a global scale. According to U.S. News and World Report, in the year 2020, China’s economy will pass Japan’s to become the second largest in the world. Second, of course, only to the U.S. China’s major industries include oil and petroleum, as well as telecommunications. And the country is home to an estimated 2 million people who have a net worth of a least $40 million. That number is only expected to grow, and with it, so will opportunities for investment.

Diversification has long been a basic rule of thumb for investment. But never before has there been such a wide range of opportunities for diversification outside of the U.S. and those opportunities only seem to increase daily. China’s experiment with capitalism means more and more opportunity for U.S. investors who wish to tap into an ever-growing and potentially lucrative worldwide market.

Many experts differ in how much global investment to keep in your portfolio. Some warn to stay away completely. The world markets have not always done so well, and are often volatile, which is one more reason to keep a sensible balance within your portfolio between foreign and domestic holdings. But others recommend investing up to 20% or more of your portfolio in the worldwide markets to increase diversification. Diversification seeks to reduce risk while maximizing returns by investing in dissimilar asset classes. It should
be noted that this strategy does not prevent losses from occurring in a down market.

A great deal of the emerging markets success, experts believe, can be attributed to restructuring by countries around the world. Many believe that Japan is expected to start moving from a manufacturing economy to a service economy soon. Experts believe that the transition will bring numerous potential opportunities for success, both in Japan and across the globe

So how do you take advantage of such a global economy? While something can be said for buying and supporting the U.S., China and many other developing countries, offer a distinct opportunity for global investment in an emerging market. Opportunities abound for investment in global funds, indexes, or bonds, and other global investments which target specific countries or a group of countries. All of these added markets and countries in
your portfolio can lead to greater diversification in an attempt to minimize risk.

As the world moves forward, economies are gradually shifting and always
adapting. The ones that are doing it quickly and efficiently are seeing a great deal of success. Investing in global markets is not without risk. The volatility can be extreme at times. But that’s why diversification has become such a popular investment strategy. With the proper balancing and a specific investment strategy formulated with a financial professional, you can invest in countries across the world and potentially take advantage of world growth. And add a bit of international flavor to your portfolio in the process.