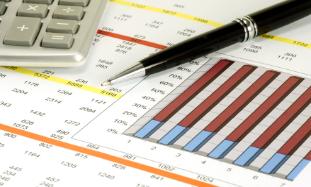 There are several different types of fixed income securities:

Certificates of Deposit (CD) are a type of deposit account that pays interest on your deposit, but only if you leave your money in the account for a specific amount of time. If you withdraw your money from the CD before the maturity date, you could forfeit the interest you’ve earned and face an early withdrawal penalty.

Agency Bonds are issued by government agencies and government-sponsored entities which are private companies that have been given a government charter because of the types of financial services they provide. This includes entities like Sallie Mae, Fannie Mae, and Freddie Mac. These bonds are safer than many other types of investments, but aren’t considered quite as safe as the ones issued by the U.S. Treasury. They also have yields that are slightly higher than U.S. Treasury bonds.

Corporate Bonds are offered by corporations trying to raise money for various projects. These may offer higher yields than that of government issued bonds, as they can’t provide the same security that can be offered by the government.

Callable Bonds can be redeemed by the issuer at a certain point before the maturity date. The problem with a callable bond is that the issuer may redeem your bond before all the interest you expected has been paid out. Since bonds are often called once interest rates drop, you probably wouldn’t be able to reinvest your money in another bond paying the same interest rate.

Bonds may be investment-grade bonds issued by corporations who are in good financial condition based on assessment by the major credit rating agencies. Bonds that are below investment-grade are known as junk bonds or high yield bonds. These bonds pay a higher
interest rate, but have a higher risk of default since the corporation has a low credit rating.

Since credit rating has a big impact on the amount of interest you’re paid and the likelihood that your security will endure until maturity, credit rating is another important factor to check out before you invest in a security.

When you’re investing in a certificate of deposit, you should make sure you’re investing in account that’s with an FDIC insured bank. This guarantees that your deposit will be covered, up to $250,000, by the Federal government if the financial institution goes out of business.

The amount of fixed income securities you have in your portfolio depends on your tolerance for risk, your investment goals, and the time until you retire.