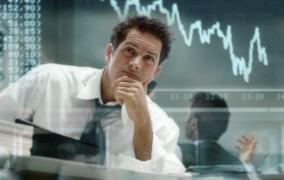 While bonds are generally considered one of the least risky types of investments, they’re not completely risk-free. Even government bonds carry a certain – albeit very small – risk of default. Company bonds, especially those with a long maturity, have slightly more risk. If the company for which you hold a corporate bond runs into financial trouble, you could lose all your money. When a company is strapped for cash, bonds get priority payment over stocks. However, if the company goes into bankruptcy, some bondholders may not get any money at all.

What is a Credit Default Swap?

Credit default swaps (CDS) are a way to hedge against the risk of a company defaulting on a bond. The credit default swap is a contract that in which one company, usually a large commercial bank like JP Morgan Chase or Citibank, provides protection against a credit event, which would degrade the value of a bond. In other words, the company would pay you if your bond issuer defaulted on the bond. Credit default swaps are a type of derivative, meaning the contract itself doesn’t have any value. Instead, it’s only as valuable as the underlying asset it represents.

Protection isn’t free. You’ll have to pay a premium that’s typically a percentage of the bond’s face value. For example, your premium might be 3% of the bond’s face value. Ideally, the credit default swap premium is equal or less than the spread between the bond and similar U.S. Treasury notes or bonds. The contract issuer is only obligated to pay you when a credit event happens. What counts as a credit event will be defined in your contract. Bankruptcy and failure to make bond payments are typically defined as credit events. Changes to bond payments might also qualify as a credit event, but that has to be defined in your contract.

Similar to insurance products, the buyer only benefits from a credit default swap if the bond suffers from a negative credit event, e.g. bankruptcy or downgrade in credit rating. If such an event happens, the company that sold protection has to pay the cash or bonds that were agreed upon in the contract. Otherwise, if the contract expires and a negative credit event doesn’t occur, the credit default swap seller profits from the premiums paid.

Bondholders don’t have to purchase a credit default swap contract to protect against risk. They can also sell the bond in the secondary market if they want to avoid the risk. Of course, selling the bond means the bondholder no longer benefits from interest payments. The credit default swap contract doesn’t have to last as long as the bond maturity. Instead, the contract can be shorter, providing protection for just a short period of time.

Like other derivatives, credit default swaps can be exchanged and invested in. Investors can essentially bet against whether the credit default swap would actually have to pay out or not. They’re hoping to make money off other investors’ fear of losing money. In that way, they can make money from credit default swap instruments without ever dealing with the bonds the contracts protect against. But because of the complexity, and because the credit swaps market is unregulated, individual investors should probably avoid trading these derivatives. Naturally, these securities come with a high degree of risk.

What is a Margin Call?

Is a Prepaid Legal Service Plan Right for You?