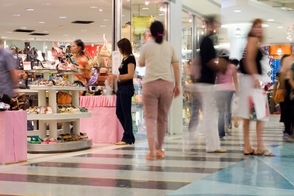 The consumer price index (CPI) is a metric that indicates the average change in price over a period of time for household goods and services. CPI is calculated and reported monthly by the U.S. Bureau of Labor Statistics. The bureau reports more than one CPI based on different population groups.

First, the CPI for Urban Wage Earners and Clerical Workers (CPI-W) which includes households of wage earners and clerical workers who’ve been employed for a minimum of 37 weeks during the past year.

Second, is the CPI for All Urban Consumers (CPI-U). This includes wage earners, clerical workers, professional workers, self-employed workers, unemployed, retirees, and others who are not working. The CPI-U is more indicative of the way prices are moving because it represents 87% of the population versus the 32% represented by the CPI-W. The Chained CPI for All Urban Consumers (C-CPI-U) is calculated similar to CPI-U, except that it substitutes items in different categories, which could understate inflation.

CPI doesn’t include the spending habits of certain populations of people. This includes: people living in rural metropolitan areas, those in the Armed Forces, those in prison and and mental hospitals, and farm families.

CPI is based on a basket of 80,000 goods and services that fall into 8 categories:

CPI doesn’t include investments like stocks, bonds, real estate, and life insurance. Income and social security tax is not included.

The BLS determines the market basket based on what families and individuals actually buy. The Consumer Expenditure Surveys for 2005 and 2006 serves as the basis for the current CPI.

CPI is calculated based on prices in 26 metropolitan areas based on spending in retail establishments like hospitals, gas stations, supermarkets, and department stores. Bureau employees either visits the stores or makes phone calls to collect prices.

Each item included in the CPI has a different weight based on its importance in a specific population’s spending. The prices are then averaged based on weight. Prince increases for heavily weighted goods lead to a sharper increase in CPI than increases in prices with lower weights.

CPI is calculated using a base year or set of years in which CPI is 100. Setting a reference year makes it easier to measure the change in prices over time by comparing to that base year. The current CPI base year is the period between 1982-1984. For that year, CPI is equal to 100. The CPI for April 2009 (the most recent date) was 213.240. This means that prices have increased by more than 113% since 1982-1984. Some price indexes may have a different base year because price data may not be available for 1982-1984.

It’s important to remember that CPI is an average, so it might not accurately reflect any single consumer’s experience with rising or falling prices. This is especially true if your spending habits vary dramatically from that of the average consumer. Your inflation experience might not be reflected in CPI if you purchase goods outside the market basket that’s used to calculate CPI. The categories used to calculate CPI are weighted. For example, housing spending might outweigh medical spending. However, if most of your spending goes toward medical expenses and the price of medical services increases, your individual CPI would increase faster than overall CPI.

You can check the current and historical CPI through the Bureau of Labor Statistics website. 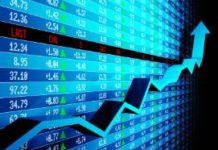 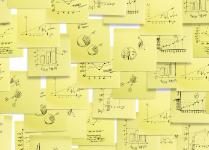 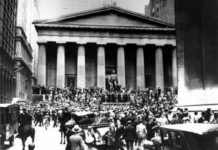