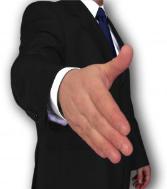 The man who led Chrysler back from the brink of failure, and later helped raise millions of dollars to revitalize the Statue of Liberty, admitted years ago he had failed at something: retirement.

In a Fortune article in 1996, Iacocca shocked the nation by saying, “You plan everything in life, and then  the roof caves in on you because you haven’t done enough thinking about who you are and what you  should do with the rest of your life.”

If this sounds familiar, you aren’t alone. Most Americans are avoiding the talk of life after retirement, and even more are putting off the financial aspects of retirement planning. Even of those who realize having a plan is essential, many don’t bother to decide what they’ll devote their precious time to later in life. This is  becoming a common problem that could be prevented with a little help.

Most financial professionals are interested in your life’s details a great deal. They want to help you retire in comfort, and in order to formulate a complete retirement plan, they need to know what your plans, goals, and aspirations are during your golden years. In short, they need to know exactly what Lee Iacocca didn’t. They’re just as committed to helping you reach your goals, both personal and financial, as you are.

When workers were asked about the most helpful tool for saving for retirement in the 2005 Retirement Confidence Survey, the largest percentage of workers surveyed (27%), said they believed advice from a financial professional was the most helpful. If those surveyed felt confident in their retirement plan, it was probably because they have a much more realistic outlook on the task of planning.

According to Investment News, Roper Public Affairs recently conducted an in-depth survey of future retirees for American Express Financial Advisors, Inc. The results were not only somewhat disturbing, but also very telling of the benefits of the help a financial professional can add to someone’s life.

Of the almost 1,400 adults surveyed, those who currently had help from a financial professional were not only more realistic in the amount they believed they needed to save for retirement, but had more saved, than those without help.

The survey asked men and women between the ages of 40 and 64, who made at least $75,000 a year, a series of questions. People who didn’t use the help of a financial professional, were 63% more likely to say they were “uncertain” about retirement. Their financial estimates of post-retirement income were also off the mark.

On average, those who didn’t have the help of a professional, overestimated the amount they’d need later in life, and also had a great deal less saved up. It’s not hard to see how the combination of those two factors can lead to a great deal of stress in an already stressful world.

One of the more serious results of the study came from the responses of those surveyed regarding working during retirement. No one expects the baby boomer generation to go quietly into the night. In fact, more baby boomers are expected to continue working than any other previous generation. But working while you are retired should be a choice, not a necessity.

Is an Immediate Annuity Right for You?